``Heal and Prevent through Osteopathy and Posturology``

Osteopath D.O, has been practicing Osteopathy since 2002, when he became interested in Biomechanics applied to the human body. He quickly understood the value of posture in therapeutics. After studying at the School of Osteopathy in Geneva, he was awarded his diploma at the ISOGM, now the Franco-British Institute, an institute accredited by the Ministry of Health.

It was in November 2006, after various interventions in the sports world that he became known, and created with 2 partners the firm SMO in Paris ( 75007).

Passionate, he forged an experience, which opened doors for him by exercising his methods of care for television shows, such as “Dancing with the stars”

Involved, he treats a person as a whole and not on the basis of a symptom, from the infant to the elderly, in a relationship of full confidence.

Consultations can also be done in English and Spanish.

In January 2012, the Paris Raspail Medical Center was born, located at 10 Boulevard Raspail 75007 PARIS.
It is a practice that is committed to being at the forefront of preventive medicine, and offers targeted treatments, such as Neuro-Vertebral decompression, Cryotherapy, radial shock waves and newly the Formetric 4D, which allows to make a postural assessment thanks to photometry, an innovative technology.

The aim is to act in a natural and global way, on postural imbalances, often causing pain. These pains can be in an acute context, such as a torticolis on waking, for example, or a lumbago following the wearing of a heavy load. 1 or 2 close sessions will be necessary in this case…

Pain can also be chronic (such as some cartilage-related diseases, including osteoarthritis).A regular follow-up will then be offered.

After analysing your posture, we will establish a balance sheet as well as a treatment strategy, in order to enact the necessary and personalized hygiene advice. These can include strengthening exercises (Pilates), stretching (Yoga), dietary supplements (the practice working with THERASCIENCE and FENIOUX laboratories at the forefront of micro-nutrition), wearing soles, a nocturnal occlusal gutter, Orthoptia sessions…

Osteopathy is indicated at all ages, and sees more interest in a maintenance framework for a better comfort of life (“better to prevent than cure”), because we are inevitably led to take bad positions (notions of gravity forces and ground reaction), to take stress, to make excess food, etc. …

`` Heal and Prevent through Osteopathy and Posturology`` 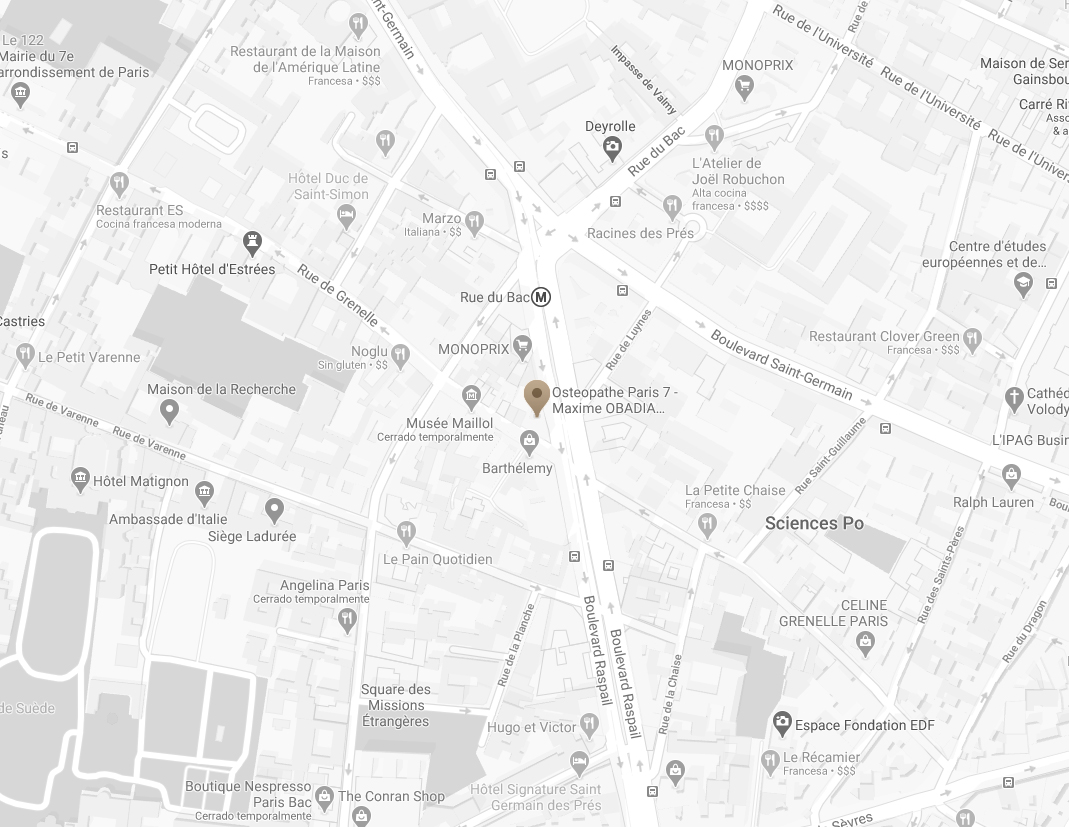